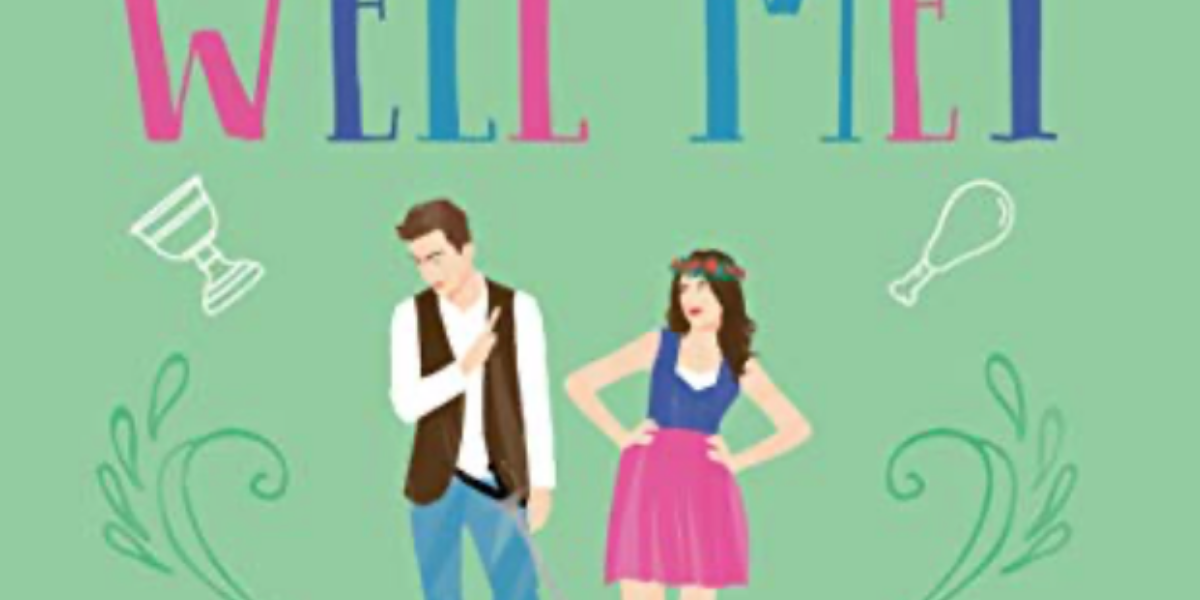 After a three month period of 2020 where I was stuck inside all day, unemployed and had an incredible amount of down-time on my hands…I read a grand total of zero – count them – zero books! From January to May, my total was two on the year, BUT I’m happy to report that with the re-reading of The Bridal Quartet (Nora Roberts) and a few others, my count is now up- to nine (soon-to-be 10)! I still have a bit to go for my 24-book reading challenge, but with the way I’m zipping through these last few, I’ll make it!

{Note for anyone who needs to hear it – it is 100% OKAY if you were not productive during quarantine. Give yourself grace. We can’t all write a 16-song eighth studio album. PS, Yes folklore is great, TSwift is the queen}.

Today, because I don’t want to go too far after reading without writing down my thoughts, I’m writing my review of Well-Met by Jen De Luca.

This is her debut novel, and YOU GUYS. FIVE OUT OF FIVE STARS. ⭐⭐⭐⭐⭐ I’m immediately clamoring for the sequel – and the third one – even though this first one was just released last September.

Quick Summary: We meet Emily, who recently moves to small-town Willow Creek, Maryland, to help her sister April and niece Caitlin after April gets in an accident. After realizing her niece needs an adult to participate in the local Renaissance Faire, Emily finds herself signing up and immediately clashing with Faire coordinator Simon.

But as Emily becomes Emma, the local tavern wench and Simon becomes the flirtatious pirate Captain Jack Blackthorne, Emily starts wondering if there’s more to Simon – and Willow Creek – than she initially imagined.

This book takes place over the course of a summer and a six-week long Renaissance Festival and BE. STILL. MY. MEDIEVAL. HEART. There is a local renaissance festival where I live that runs through the late summer and I found myself having nostalgia of years’ past, plus my lament of the fact that, while they’re scheduled to open, I have no desire to be around that many people. BACK TO THE BOOK!

This book had excellent plot, characters and pacing. The plot was simple and didn’t throw too much at you, but its few plot points were deeply explored and well-developed. The main “cast” of characters (like a Ren Faire cast, get it?) were interesting and I found myself being interested in the stories of not just Emily and Simon, but their friends and family as well.

This book explored relationships in an extremely relatable way, and not just Emily & Simon’s. Emily’s relationship with her sister & niece was also a main focus of the book and I realized that I was rooting for Emily to stay in Willow Creek for both her family AND the romance that developed between her & Simon.

Without saying too much, the characters of Emily & Simon and the “personas” of Emma and Captain Blackthorne were separate and that’s where the attraction initially starts for these two. And boy if I wasn’t as equally attracted to the pirate as Emma was. Have you guys seen Once Upon a Time? You know Captain Hook? Yeah, that’s the image I had in my head the entire time.

{Note: I suddenly realize that the character in Once Upon a Time who – spoiler alert – marries the character of Captain Hook is NAMED EMMA. I see you, Jen DeLuca}. 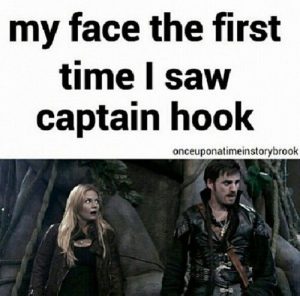 Through the book, both personas came together and developed that swoon-worthy, page-turning romance that the best of chicklit is praised for – and what I personally love to read. I was furiously turning pages, audibly making “Awwww” sounds, talking TO the book and genuinely loving every minute of it. With the background of the renaissance faire, I easily fell into the world, wanting to open my book again so I could revisit the faire with the characters.

It also dove into Emily as a person and Simon as a person and how their pasts played into both who they were today and how it affected their ability to be in a relationship. When many romcoms skip over the fact that people have feelings, walls and real issues that play into a new relationship, this book leaned into the intricacies of why people hesitate to jump into a new romance, which made it all the more relatable.

Ultimately, it was everything I could ever want in a book. Fun and relatable characters, a realistic plot with the element of daydreaming and the suspense that has you wanting more.I read this book in two days and it definitely is my #1 book on the year (so far!). I can’t wait for Well-Played, the second book in the series, which releases in September!