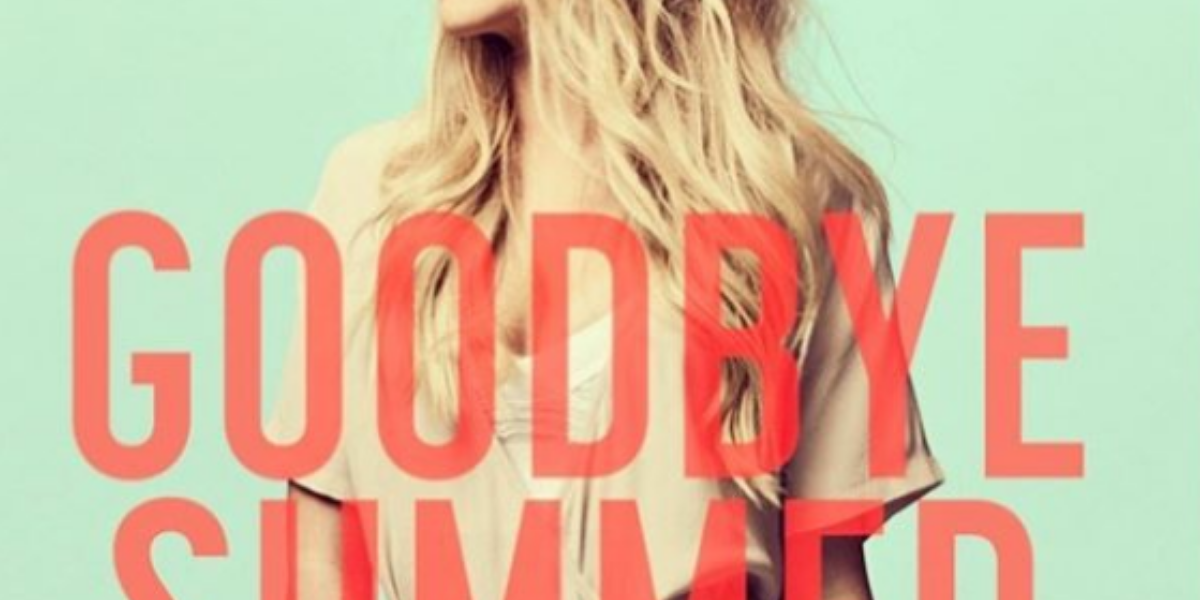 You know how I wrote in my last post that there was a guy who was making me smile? Well, a week later, apparently I don’t make him smile. Or we’re not making each other smile. You get the point – no smiling happening anymore. We done.

I have the tendency in life to find songs that perfectly make sense of whatever I’m going through. I channel every emotion I have into the song, listen to it 100 times, then at some point, when that song comes on, the emotions that go with are just memories…just like the experience the song so perfectly represented.

Naturally, today I found such a song. Enter “Goodbye, Summer” by Danielle Bradbery feat. Thomas Rhett. Long story short, the song represents that high school / college “summer love” that you know has an expiration date but you don’t want to acknowledge it so you put every bit of yourself into that summer and that feeling while it lasts. And for some unexplainable reason, I feel like this relationship…or lack of one…was supposed to be exactly that kind of whirlwind.

I do not understand God’s plan sometimes. I’m not kidding, this one baffles me. The last time I was so frustrated with God was for the same reason, which I find interesting. But the difference is the last time was two and half years ago. I didn’t know God, so in no way did I believe in God’s plan.

It’s interesting, feeling like you can be angry when sometimes society makes us feel like we can’t, but it is okay to be angry with God. It’s okay to not understand Him and be frustrated with the path He’s making you take. I can’t tell you the number of times I’ve asked God in the last three months to change my heart because wouldn’t it just be easier to NOT want to be a wife…wouldn’t be easier to NOT want to be a mom? BUT ask as I do, that desire is still there. So, I keep on. And that’s the difference.

Before, when I was frustrated with God for “taking” a relationship away from me, I didn’t follow Him. I didn’t believe in Him. And I certainly didn’t think I was on a path. But now? I know better. I know I’m on a path that He specifically laid out for specifically me. I know that this man, truly a genuinely good man, was put in my life, then taken away, for a reason that I know without a doubt God will show me exactly when I need to see it. Because that’s what God does. He makes sense of experiences, and he shows us what we need to see. We don’t need to understand it. We’re not always supposed to. We’re just supposed to trust it.

So that’s what I’m doing. Goodbye summer, hello to my broken heart…and trusting God with every little piece of it.